Today was a different start to usual we didn't head straight for the artists we headed for the unexplored area the video games. We got to play a variety of unreleased games including LEGO Rock Band, Marvel Ultimate Alliance 2 and DC Universe Online.
We then headed for the DC booth just to check out the possible talent and found Fabio Moon and Gabriel Ba who were both nice enough to do a sketch for myself and Max.
After this we went wandering for a while over to the Marvel booth where joined the line for Matt Fraction's Iron Man 2 the video game signing, where I asked him to sign my copy of Casanova which he was more than happy to and even thanked me for reading it.
The next move was over to Dark Horse where Max was lucky enough to be handed a winning raffle ticket for the Mike Mignola signing by a woman obviously to busy to attend the signing so after receiving his arm band he went off to buy a copy of In The Chapel of Moloch to get signed by Mr Mignola. The next event was the special announcement signing of Gerard Way and Becky Cloonan. The signing announced their upcoming series The True Lives of The Fabulous KillJoys. They signed the KillJoys signing cards as there was no existing merchandise for the new project.
After this signing Max left and I stayed to attend the afternoons signing at the Oni press booth. I had Robbi Rodriguez sign and sketch in my copy of Maintenance volume 2 and then after a walk around for an hour or so I was first in line for Bryan Lee O'Malley He was nice enough to do a sketch this time around as the line was shorter but still quite long. Then I had my Courtney Crumrin Volume 2 signed by Ted Naifeh. 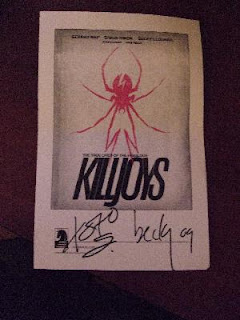 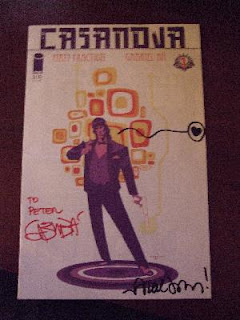 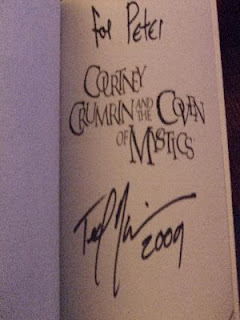 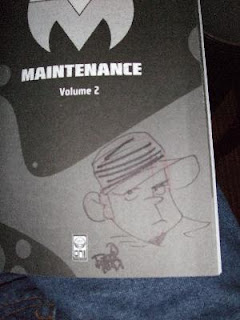 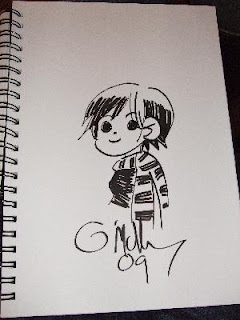 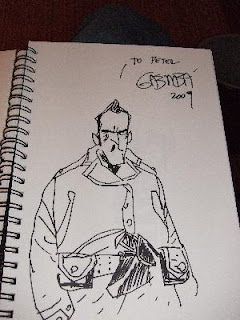 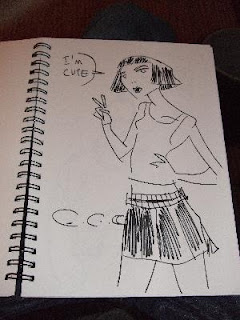 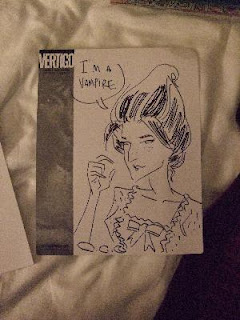 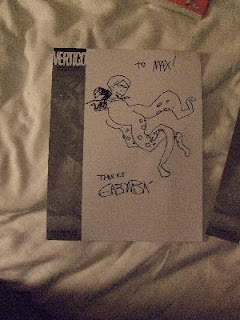 Posted by Peter James Maggs at 6:13 AM