So I know it's been going for around 9 months now but I thought I'd share my thoughts about the DC reboot. So, as a Marvel reader, my first thought was great this could be a great time to jump on to a few DC books. On the launch I started by picking up the number ones of Nightwing, JLA, Mr Terrific, Grifter, Frankenstein, Captain Atom as well as reading Waggy's Batman, Catwoman, Teen Titans and Animal man. I kind of enjoyed a few but as the first arcs finished I found the only books I was still reading was JLA, Mr Terrific and Waggy's Batman. It wasn't that I wasn't enjoying what I was reading it was just that I didn't feel that the reboot wasn't enough of a reboot that new readers could understand what was going on. Another problem for me was that the books didn't seem to even be in the same continuity, for example Batman has already gone through 3 Robin's and in Batman Dick looks like a teenager but in Nightwing he is in his 20's. I just started to get lost in trying to figure things out and it took away from the enjoyment I don't see the point in a reboot where everything is already established in continuity? Why reboot a book like Batman but not re-imagine the origins of his villains, and why couldn't the court of owls storyline have just taken place in the pre-existing DC universe?

So for me personally I find the whole thing to be a letdown, if they wanted to do a whole reboot of the DC universe do a full reboot and not just the muddled partial reboot they've given us. Still I'd like to hear other takes and see what others think of the 'New' 52.
webberhead
Posted by SCC Assemble! at 12:56 PM No comments:

Not sure if the sheep thing is the way to go but I'm liking this for now. 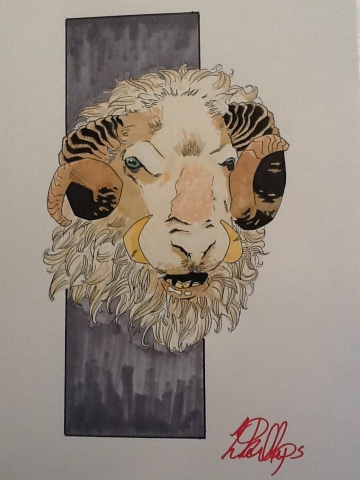 Here we have an example of some of Ryan's great artwork. Here he has brought to life the villain Adder. 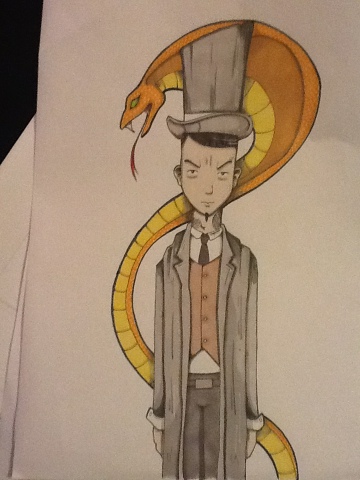 Pete worked on this awesome Squid-Eye piece. How very atmospheric... 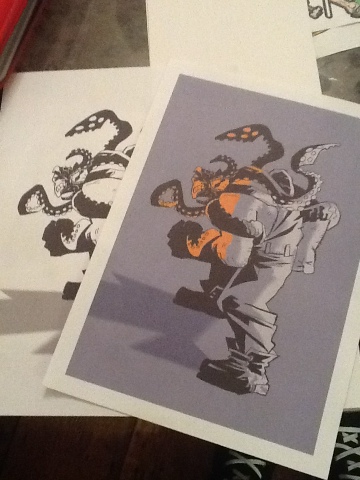 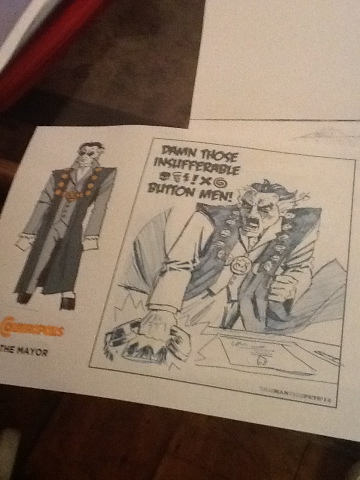 Posted by SCC Assemble! at 9:59 PM No comments:

Here is another one of my quick (unfinished) Copperopolis/The Echo Blarts. 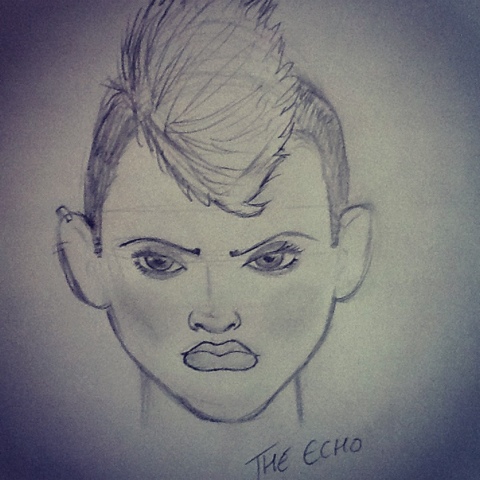 Posted by SCC Assemble! at 9:14 PM No comments:

Here is another sketch I did for our Copperopolis 'Blarticle'. This is 'Deep Pockets' again, one of the subjects I chose for the Blart.
Waggy. 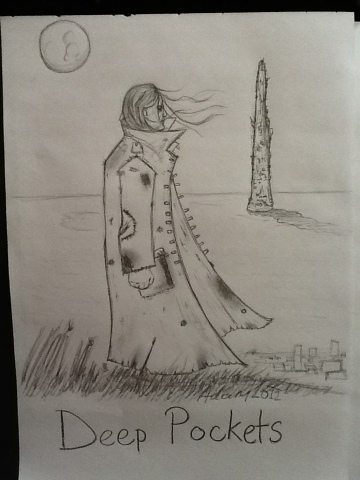 Howdy and afternoon peoples.
At our last piss up, I mean 'meeting', our wise and powerful leader, Pete Taylor suggested that now would be a great time for us to start to put out some character concepts for Copperopolis; so our current Blart subject is just that: Copperopolis Characters. Here's mine: Deep Pockets.
Waggy. 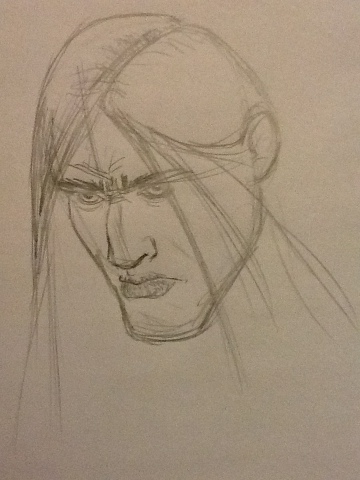 Here we go, lovely people; a pic of Victor Cross, the Squid-Eye Guy, drawn by Lee 'the Blondie' Phillips yesterday. 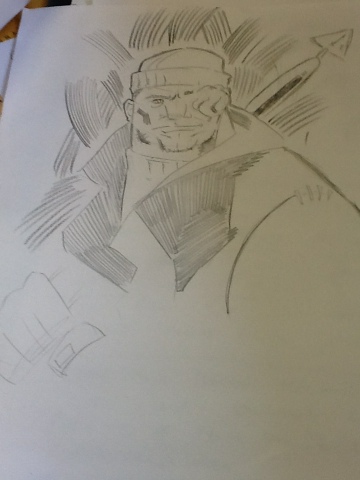 Posted by SCC Assemble! at 2:18 PM No comments:

Email ThisBlogThis!Share to TwitterShare to FacebookShare to Pinterest
Labels: coppblart

BLART: Back To The Future 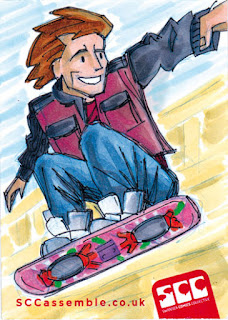 Adam's pick, Back To The Future's Marty McFly on his 21st century hoverboard. I'd forgotten the second movie was set in 2015! Just three more years people and we get our own hoverboards!

This Man This Pete

Posted by Unknown at 8:52 AM No comments:

Here's a quick sketch I did of a future character. 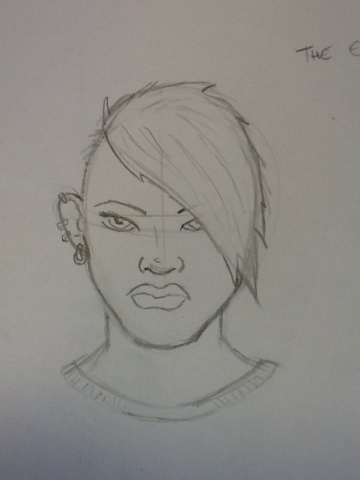 Posted by SCC Assemble! at 4:51 PM No comments:

Really progressive meeting last night, Copperopolis is unfolding nicely. Keep your eyes peeled for more comic goodness and watch out for last nights Blarts that should be posted today. 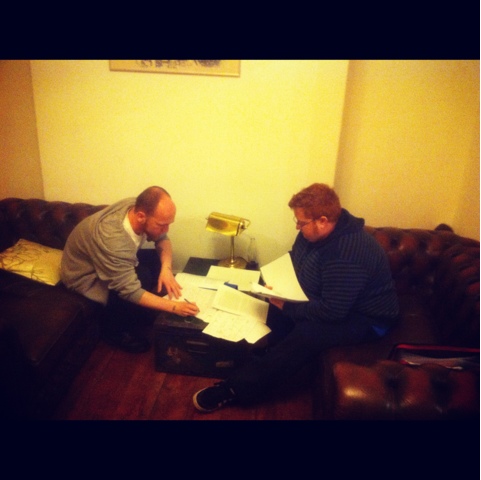 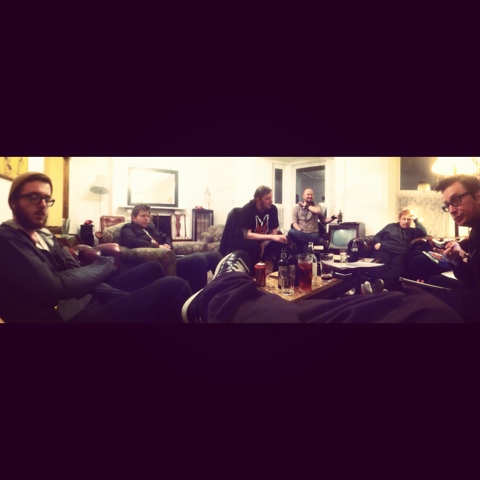 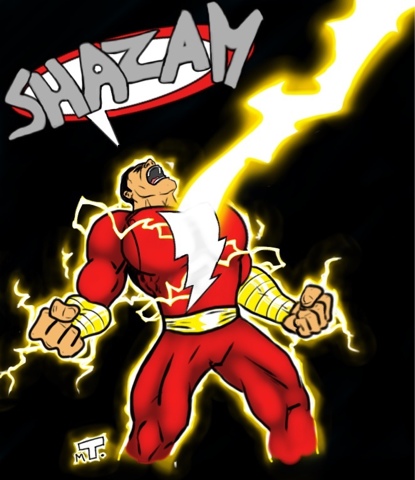 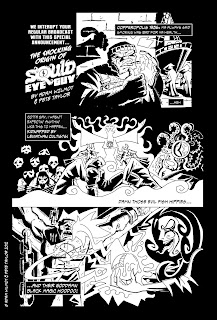 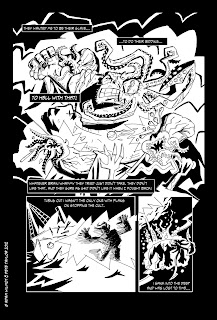 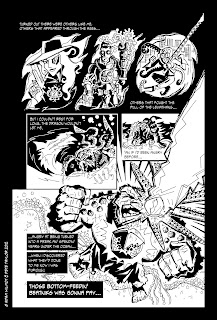 This is the first strip completed for our Magnum Opus: Copperopolis! Tip of the hat to the fevered mind of Adam 'Waggy' Wilmot from which this crazy tale popped. Hope you enjoyed and if you did, please consider liking our Facebook page. It's only just started and needs the boost.


"Avenging Ladies no. 6, Mockingbird. With one of the best costumes of recent years I think. #mockingbird #avengers #marvel #comics #sketchcard #scc "
Posted by SCC Assemble! at 9:54 PM No comments:

Ok so we now have one of these set up, feel free to fill it up and make it look pretty and stuff. I've sent out admin rights, knock yourselves out interwebslingers!!!!
Please come and say hello and like the page even though it's still under construction, apparently you get magic beans or some such when your page gets 30 likes, Huzzah!!!! 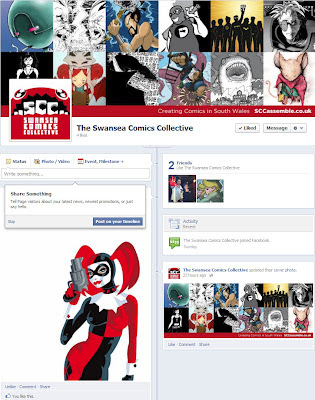