A few weeks ago our writers Adam and Ricky decided to interview each other for another instalment of 'Who's Your Comic Book Crush'. In typical fashion they don't take it very serious, but I think if you read it closely I think there is enough to make one serious response between the two of them. So on to the Q & A...


DO YOU READ COMICS?

Ricky- As a professional comic book artist told me, in a snobby way, at a con ‘I don’t read comics’. Seriously, I read lots of comics on a weekly basis and if I ever get to the point where I reflect the unnamed professional I am giving you permission to punch me in the face.

Ricky- The Beano, it would probably be the Beano. My Gran used to babysit some kids who would give her all sorts of British comics like the Beano, the Dandy and Beezer. I was about 5 when I first started getting them so I started early. I was a member of the Dennis The Menace fan club too. Unfortunately I don’t have any of the issues anymore but I still have some of the annuals. 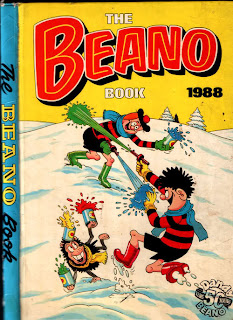 Adam- I don’t buy them anymore, I’m famous, I don’t need to pay. I just walk into the Comix Shoppe and take what I want. (I just checked, it was Batman #21, and if Simon is reading this I did pay.) 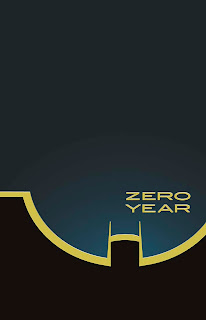 Ricky- 2x Killjoys, 2x Uncanny X-Force, 2x Deadpool, Batman, Venom and Avengers Assemble. (I don’t buy two copies I had to pick up Adams for him) 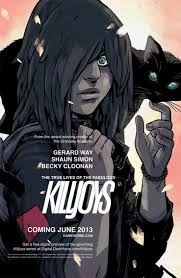 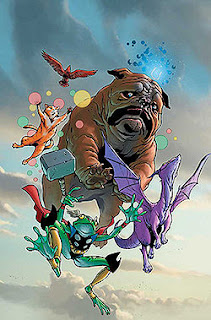 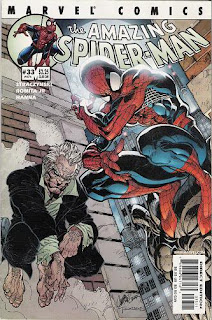 Adam- I can’t think of any in particular right now, but usually anything by Bachalo, Ba, Conner, Jim Lee, Granov, Cloonan or about a million others.

Ricky- Excalibur #3 the one with Juggernaut walking over Captain Britain, or Amazing Fantasy #15. 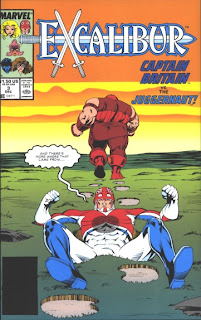 Ricky- So I like most of the ones named by Adam (except Loeb, he’s too hit or miss), so without droning on like Adam I’m going to just add a few to the list. Dan Slott, JMS, Stan Lee, Allred, Ramos, Hitch and Skottie Young.

Adam- This is a difficult question, I’d probably have to say Wolverine, but I’ve been a Bat-Fan for as long as I can remember no lie. Spidey, Deadpool, Super-girl, She Hulk (both of them) and Power Girl are all close.

Ricky- Spider-Man! Moon Knight is a close second and I also like Nightcrawler, Gambit, Shazam and the OUTRAGEOUS Brave and the Bold Aquaman.

ARE YOU READING ANYTHING AT THE MOMENT?

Ricky- Superior Spider-Man, All new X-Men, Saga, Uncanny X-Force, Killjoys, Fatale, Avengers Arena, Justice League (just for the Shazam back up) and Justice League of America and a few others.

(If not a comic book fan or if relevant) -WHY COMICS THEN?

Adam- I read Comics to pick up the chicks.

(If relevant) - WHAT INTERESTED YOU IN CREATING COMICS FOR A LIVING?

Adam- Why not make a living doing the thing you love? What? I’m not getting paid? Aw Man!

Ricky- I wish I could make a living from it.

Technical questions:
WHAT IS YOUR PREFERRED MEDIUM TRADITIONAL OR DIGITAL, OR A MIX OF BOTH?

Adam- I still write. Meaning I actually write on paper. Well, tatty scraps of what used to be paper, and I draw on lined paper and post-it notes.
Ricky- I take notes on paper, or keep track by texting ideas to Adam, and then script on to Celtx Scripting app on iPad so I’m totally opposite Adam in that I like to keep track of my writing.

(If traditional) -WHICH TOOLS DO YOU PREFER USING? (Inks, pencils, oils, brushes, etc.)

Adam- Pencils, Biro's, blood, sand, and the power of the mind.

(If digital) -WHICH TOOLS/PROGRAMS DO YOU USE?

Adam- I like garden equipment shovels are useful. I prefer the Ecowash program on my washing… you mean like digital for artists? I knew that.

Ricky- Celtx for scripting, dropbox and google drive to share with the rest of the collective.

WOULD/HAVE YOU SWITCHED FROM ONE TO THE OTHER?

Adam- Is this about washing machines… no? Um, well I like digital but it doesn’t like me.

Ricky- I use both anyway I think these days both are part of the process.

WHY DO YOU PREFER YOUR CURRENT MEDIUM?

Adam- Freedom of use. I don’t knock digital, but I prefer plain old pencil and paper. No having to load the correct program or checking to make sure you have enough battery power.

Ricky- I disagree with Adam on this I find using digital offers freedom using dropbox or Google drive means you can access files whenever you want without having to carry anything but your phone. Unlike Adam who loses most of his crumpled up bits of paper with our plots meaning we are constantly restarting.

WHAT IS YOUR WORKING METHOD: DO YOU SET YOURSELF DEADLINES? OR DO YOU WORK WHEN THE MOOD TAKES YOU?

Ricky- I think deadlines help get work done, even if that means that you are working through the night to meet the deadlines.

Adam- the chicks, the kickbacks, the legions of fans willing to die for you. Yeah, it’s a shame I don’t have any of them.

Ricky- getting into conventions for free! Getting shameless self promotion photos with people like retired wrestlers and Jabba the Hutt’s right (or was it Left) arm, and getting to say ‘I’m a comic book writer’.

DO YOU GET FREEBIES?

Adam- Only if I can run fast enough and, fortunately, Maggs doesn’t run that fast.
Ricky- Yes, loads of free photos with retired wrestler’s that I’ve grown up watching on T.V. and glamour models.

DO YOU GO TO CONVENTIONS? AND DO YOU ENJOY THEM?

Adam- I love going to conventions people are starting to know who we are, and we get to gush over people from Star Trek.

Ricky- Conventions? Enjoy them? When we go to conventions I have to get up early, drive through the ‘No Mans Land’ that is mid Wales (they don’t even want electricity judging from the banners and placards), with four of us in my tiny car, one of which is terrified of traveling in a car and cry’s if we go over 20 mph. when we get there we work our  asses off setting up, interacting with people to promote the comic and group. What do I get for this? An empty wallet ( and a bootful of cool crap!)

So a brief answer? Despite this I love conventions and wish we did more, although my bank balance is glad we don’t do more.

Ricky- Can’t you tell from the answer above?

TELL US ONE THING WE MAY NOT KNOW ABOUT YOU:

Adam- I can knit I’m a qualified wallet inspector. I’m super intelligent and a prolific liar

Ricky- Despite being a fatty- boom boom I’m one of only two in the group that actually enjoy sports (serious, he’ll watch anything bar cricket and tennis, but who does?)

WHAT IS YOUR GUILTY PLEASURE? E.g.: are you a chocoholic? Collect action figures?

Adam- I don’t stop eating. Even when I’m sleep, I eat whilst eating (that’s obvious you idiot). I collect books; can’t read, but I like the pictures.

Ricky- I shoplift from charity shops. (he doesn’t really)

A 'VERSUS' QUESTION such as; one of the following; hulk vs. Thor, batman vs. Captain America, john romita snr. vs. John romita jr, ditko vs. Kirby, choose one or make up your own - WHO WOULD WIN? 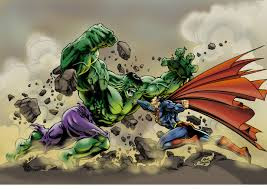 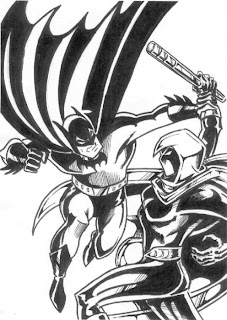 (Adam gives Ricky Moon Knight vs Batman) The quick answer is Batman. I think that most would write it off as an easy win for Batman, but you need to consider that with his history as a mercenary, CIA operative and boxer factor in his multiple personalities he would be an unpredictable foe and willing to cross lines that Bruce wouldn’t. In the end I think Marc/Steven/Jake would be his own worst enemy, but there's always a chance Frenchie would shoot Batman from the mooncopter, but it’ll be Batman in the end.

Adam- Batman. I was Batman, I was a fat little blonde haired kid in a Batman costume riding around on a pedal along tractor which served as my batmobile.

Ricky – Minnie the Minx, she has the same colour hair as me already. Seriously its always been Spider-Man, ever since I first watched Spider-Man and his amazing friends I became hooked on the character.

AND WHICH WOULD YOU LIKE TO BE NOW, AND WHY?

Adam- Charles Xavier, I’m already bald so I’m halfway there and I like to sit down a lot so it’s win-win. 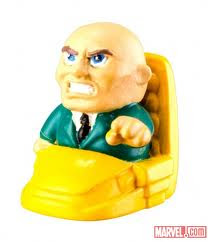 Ricky- Flash or Quicksilver, because with their accelerated metabolism I’d finally be able to lose these love handles, and cankles, muffin top, thunder thighs and then someday maybe I’d find out if there’s a neck under all these chins. Then, when all that’s gone I want to switch to Spider-Man. 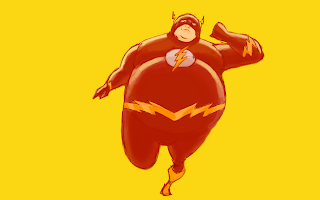 WHO IS YOU COMIC BOOK CRUSH? (Character, writer or artist)

Ricky- Gwen (not dead or cloned), Mary Jane, Black Cat, Ninja Psylocke, Nocturne, Spider Woman (Jessica Drew), Jean Grey do you know what I’ll just pick Mystique that way I could have anyone I wanted. 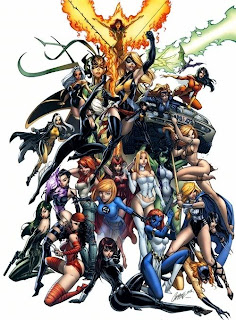 IF YOU WEREN'T DOING THIS WHAT WOULD YOU BE DOING?

WHERE WOULD YOU LIKE TO SEE YOURSELF IN 10 YEARS?

The Future, one with lasers and robots. Preferably it’s an Ultron/Skynet free future where I’m rich, have a girlfriend, people like me and laugh at my jokes and not just at me and I have hair.

Ricky- Alive, Lighter and being paid to write comics.