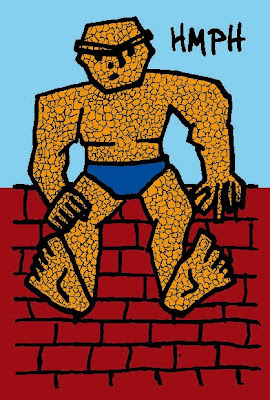 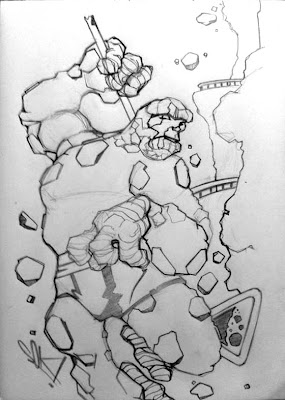 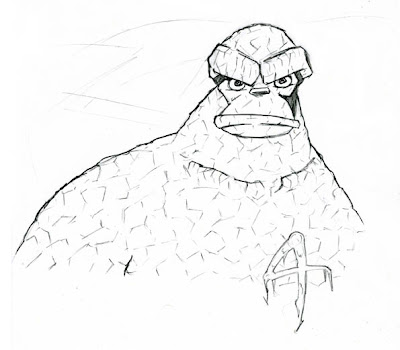 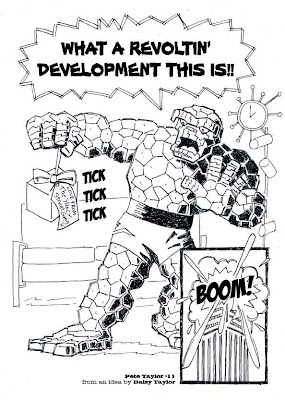 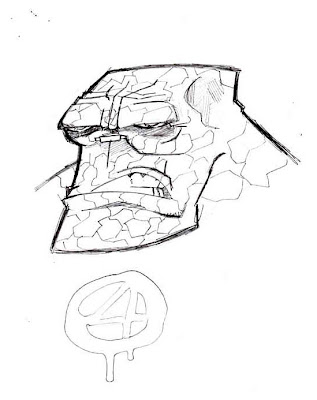 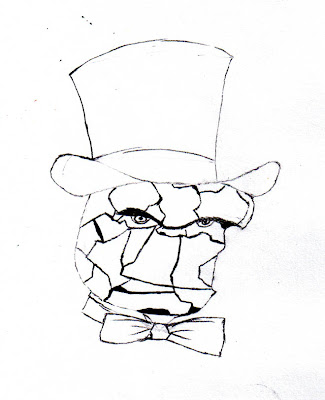 Ricky Webber
Aw, man I've been waiting for this one! Benjamin J Grimm, the Ever-Lovin' Blue-Eyed Thing has always been one of my favourite comic characters and I knew he would be picked for a blart soon. I had so many ideas for this one it was hard to decide; Ben in disguise wearing his shades, hat and raincoat, Ben as Blackbeard, Old school lumpy Ben carrying the bomb into Monstro in that early FF issue. I couldn't decide so I had a chat with my daughter Daisy who is a big FF fan and she came up with the idea I eventually drew, The Thing getting a present from the Yancy Street Gang. Great idea, thanks Daisy!

And thanks for looking!
MWP
Posted by MWPete at 2:26 PM