We started a bit later today. We got down to the convention centre at about 10 and walked the floor for 15-20 minutes and then headed up to Room 4 for a Panel on Darick Robertson. When we got there we entered in on the DC Talent search panel this was a cool insight into how to break into comics and how it's done. This ended quite early before the the Darick panel was meant to start sowe sat at the front until it began. The panel was basically an hour of Q&A. Darick was humble and humourous, he answered the fan questions while adding far more information than required.
Our next port of call was a extended walk of the convention floor. We walked around the as yet unexplored areas such as the majority of Artist's Alley. We saw some notable people but didn't really do anything here.
After this we went over to Sean 'Cheeks' Galloway's booth to purchase his new book 'Cheeks Unclenched'. This came with a free head sketch of my choice inside. He was extremely appreciative and humble. stopping multiple times to say 'thanks for waiting' and was just a generally cool guy to meet.
After this we went off to lunch grabbed a bite to eat then down to Wildstorm to queue for Jim Lee. He was almost half an hour late to the signing by this point I had already decided to ditch the queue but Max stayed and was nice enough to get my copy of All-star Batman and Robin signed. I decided to join the short queue for Zander Cannon and get a sketch from him. He was an incredible chill guy he answered my questions fully and was appreciative of compliments and comments.
Then we decided to head back around to Artist's Alley where we met Jim Mahfood and got a free headshot sketch from Chris Giarrusso. He was quick but we didn't stick around to talk. We then had to head to the Dark Horse booth to find out if we were lucky enough to get into the Umbrella Academy signing. I was incredible pleased to find out that I had been pulled in the raffle but Max unfortunately was not. At this point we parted ways and I stuck around and Max headed back to the hotel. I then joined the queue around half an hour before the signing began and got my issue 1 of Umbrella Academy signed by Gabriel Ba and Gerard Way. Gabriel Ba even remembered me from our meeting yesterday.
This ended the 3rd day of the convention. 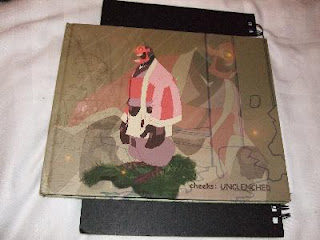 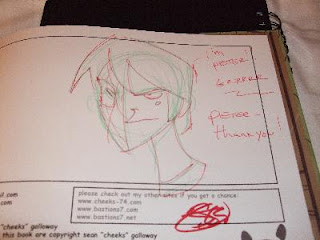 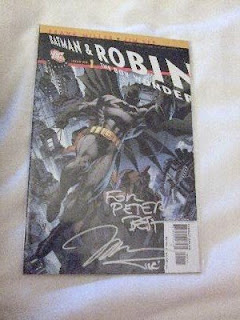 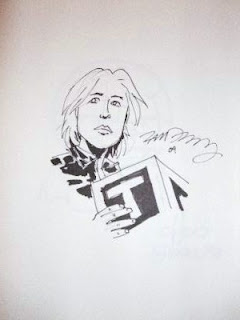 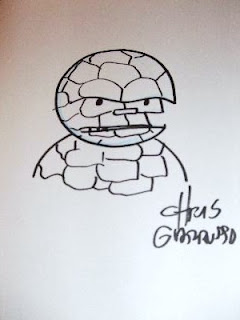 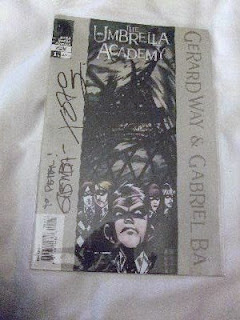 Posted by Peter James Maggs at 6:47 AM