The Continuing Adventures of Joe Stickman

While we were at Cardiff Independent Comic Expo a few weeks back we gat two new Joes to add to the Joe Stickman gallery.  The first is by SCC artist Mark ’Son of Ken’ Hughes who has reimagined Joe as himself complete with a stick man belly. 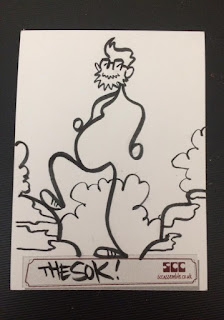 The Second is by Lorenzo Etherington, who, along with his brother Robin, are currently best known for their works Long Gone Don and The Dangerous Adventures of Von Doogan which appear regularly in The Phoenix Comic. Lorenzo has given Joe a fetching pair of Y front to protect his modesty. 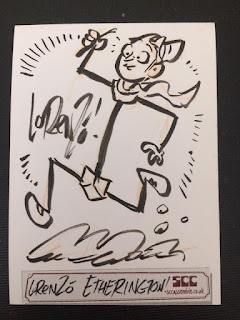