WHO'S YOUR COMIC CRUSH? Dino Caruso

WHO’S YOUR COMIC BOOK CRUSH?
Dino Caruso is a writer from Canada who keeps chipping away at telling stories that interest him. Here’s hoping that someone else finds them interesting too! 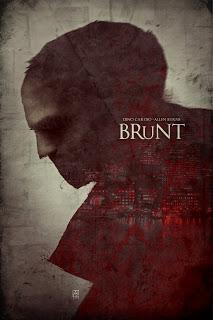 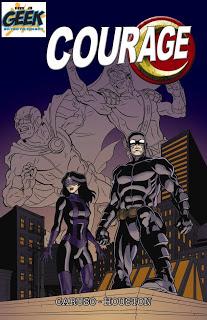 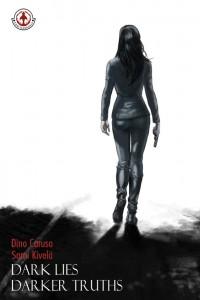 WHAT WAS YOUR FIRST COMIC AND DO YOU STILL HAVE IT?
I have no idea what my first comic was, but I do know that when I was a kid I used to take out Peanuts collections from my school library and read them voraciously. There was even a comment on one of my report cards suggesting I’d be better off if I read more “real” books!

WHAT WAS THE LAST COMIC YOU BOUGHT?
This being Wednesday, I just got back from the comic book store. I picked up X-Files 2 (IDW) and Scarlet 7 (ICON).
WHAT COMIC(S) HAVE PROVEN MOST INFLUENTIAL?
Tough question. I think I’d have to pick PREACHER. I’ve never grown tired of it, and I think that the storytelling from Ennis/Dillon is top notch. I re-read it at least once a year, and I feel like I’ve been tremendously influenced by the techniques and style of that epic.
FAVOURITE or MOST MEMORABLE COVER?
I’m going to go with New Teen Titans 1, by George Perez. That comic and that cover made a huge impression on me when I was a kid. I’ve had a soft spot for the Titans and Mr. Perez ever since.

WHO ARE YOUR FAVOURITE WRITERS?
In the comic book world, I’m going to go with Garth Ennis and Brian K. Vaughn. In prose and songwriting, I like Elmore Leonard, Greg Rucka (also a great comic book writer), Bruce Springsteen, Neil Young and Gord Downey. Berkeley Breathed, creator of Bloom County, is another favourite of mine.

FAVOURITE ARTISTS?
The artists that made a huge impact on me were the artists that I remember from my youth. I used to love Jim Aparo, Neal Adams, Dick Giordano, George Perez, Don Newton, Curt Swan, Rich Buckler, Brian Bolland, Jose Luis Garcia Lopez, Charles Schultz and the Firestorm artists of my youth (I loved Firestorm!)…Pat Broderick and Al Milgrom.
FAVOURITE CHARACTER?
So many hard questions!! I’m going to go with Firestorm and the Dick Grayson Robin.

WHICH COMIC CHARACTER DID YOU WANT TO BE WHEN YOU WERE YOUNGER?
Firestorm and the Dick Grayson Robin.

AND WHICH WOULD YOU LIKE TO BE NOW, AND WHY?
Hmmm…maybe the Flash, so I could use my time more productively.

MOST INFLUENTIAL COMIC?
Preacher. It’s beautifully written and the characters are developed with so much depth and love.

EARTH IS DYING! BUT YOU’VE WON A SPOT ON THE SPACE ARK LEAVING EARTH! YOU’RE ONLY ALLOWED TO TAKE 5 COMICS. WHICH ONES DO YOU TAKE?
Kingdom Come
Preacher
Y-The Last Man
Sweet Tooth
From Hell

WHAT ELSE ARE YOU READING AT THE MOMENT?
The sports section and any books and articles I can find about the Toronto Blue Jays.

DID YOU ALWAYS WANT TO BE A WRITER?
Yeah, I think I did. I have very early memories of how the comics, books and movies I was exposed to as a kid inspired me to want to tell stories of my own.

IS THERE ANYTHING SPECIAL ABOUT WRITING COMICS?
The collaboration is my favourite part of writing comics. It’s awesome to bounce ideas back and forth with the artists, editors or co-writers. It seems to me that the result of collaboration is always better than what I could do or think of on my own.
And you know what else is awesome? Finding new pages or character sketches in the inbox. That’s an awesome rush!

ANY HELPFUL ADVICE FOR OTHER WRITERS?
Just write whatever you want to write. Keep practising and try to find people that you can get honest feedback from.