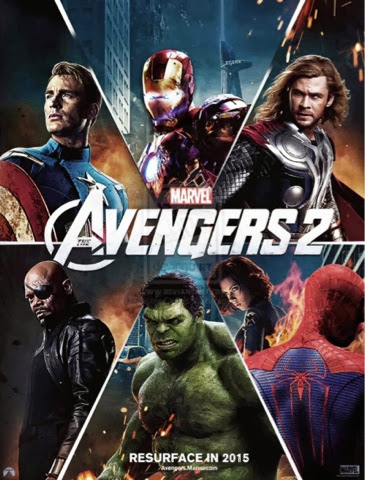 With the modern craze over superhero films, a lot of the focus seems to be on how the films tie into past comics, and whether or not fans of the existing hero franchises are pleased. For example, after the release of "The Avengers," some fans fell in love instantly while the more staunch comic fanatics bemoaned the fact that it was often Tony Stark, and not Captain America, who seemed to be the de facto leader of the group. Details like these cause a lot of entertaining back-and-forth whenever a new Marvel or DC film is released.

But in this article, instead of looking back at recent films, we're going to take a glance at what we know about some upcoming hero films. Streaming services such as Netflix, or Picture Box Films already offer some of the classics, but in the coming days there will be plenty of opportunities to enjoy the larger-than-life silver screen experience. There are several new and much anticipated projects on the horizon. Here are 5 we know a few details about.

1. Thor: The Dark World
Not only was the film "Thor" a surprising success, mixing a compelling portrayal by Chris Hemsworth with just the right amount of humour - but it also set the tone of the greater Avengers franchise. "Dark World" will premiere in November, and look to build on the success of its predecessor with Thor off to battle a greater supernatural enemy as he defends Earth.

2. The Amazing Spider-Man 2
The first film in the latest Spidey franchise wasn't exactly well-received, but there's no arguing that after the disastrous "Spiderman 3," the series needed a reboot. This 2014 sequel directed by Marc Webb could determine whether or not the Andrew Garfield version of the web-slinger has staying power - really, the first was pretty enjoyable.

3. Captain America: The Winter Soldier
The first film did well in establishing the character, but then flopped by taking itself too seriously when supernatural nazis got involved. The sequel will be vastly different, as Captain America takes on a present day enemy, so there's potential for a comeback.

4. X-Men: Days Of Future Past
The sequel to "First Class" looks promising, melding the old and new versions of the main X-Men characters, and bringing Wolverine back into the fray (after he branched off in his own franchise a bit). It's a lot to handle, but if it's as good as "First Class," fans will embrace it.

5. The Avengers: Age Of Ultron
We know little about the next Avengers film, other than that Ultron - the comic book villain who's essentially an angry robot out to destroy the human race - will be involved, and will be played by James Spader. The film is slated for a 2015 release.

Stay tuned friends, there is plenty of world to save and evil to be thwarted in the coming days. Soon enough your favorite heroes will be coming to your town and will hopefully leave you well entertained as they continue the sagas that we have come to know and love. What movies will you be sure not to miss this season? Drop us a line in the comments below.