WHO’S YOUR COMIC BOOK CRUSH? - This Man, This Pete!


WHAT WAS YOUR FIRST COMIC AND DO YOU STILL HAVE IT?
Well, yes and no. My first comic would have been bought for me by someone else, it would have been a Disney comic, I haven’t got that. I do have the first comic I remember buying. It was in a motorway services, there was a stack of comics behind a big basket of beach balls. Captain America #222, on the cover Cap is fighting the Lincoln Memorial, this big stone President smashing against his shield, awesome cover by Ernie Chan, then when you open it up, the first page has a VW Beetle crashing through the wall of an apartment building, art by Sal Buscema. Cracking stuff. Yep, still got it, still treasure it. 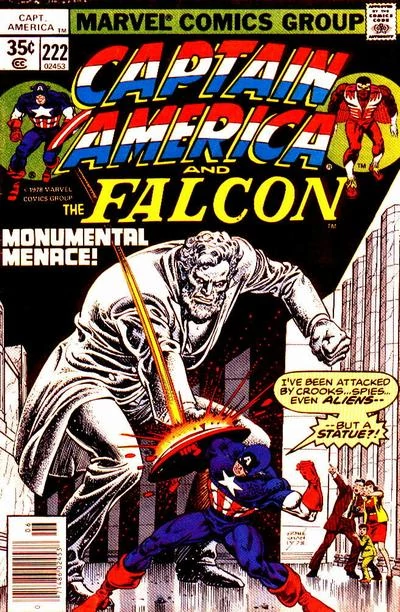 
WHEN YOU BUY A TITLE IS IT FOR THE STORY, CHARACTERS OR THE CREATIVE TEAM?
Used to be characters, now it’s the creative team. It was probably John Byrne & Frank Miller that made me switch, I would read whatever they did regardless of who was in it.


WHAT WAS THE LAST COMIC YOU BOUGHT?
Last batch was Head Lopper, Harrow County, Black Hammer, BPRD. Dark Horse has been my favourite publisher for a years now, Image is a close second. 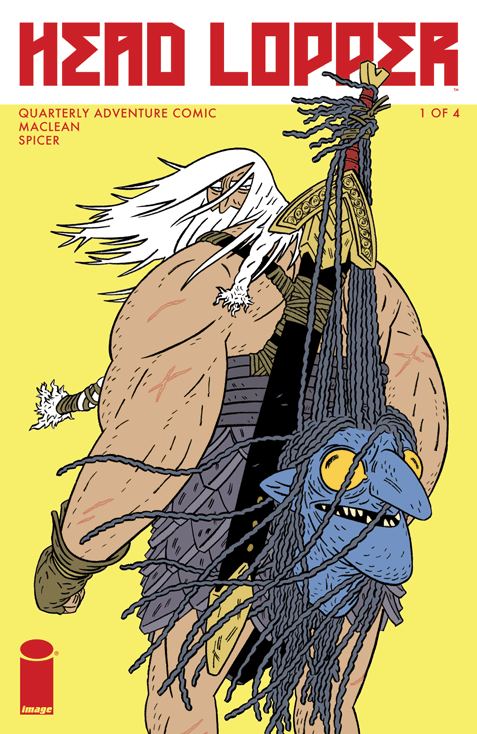 HOW DO YOU PREFER TO READ, DIGITAL OR PRINT?
Both. Some books I want on paper  but when you’ve been reading as long as I have it’s a real hassle to store so many comics which is why I have been really enjoying digital comics recently and if you’re OK waiting a month they’re much cheaper too. 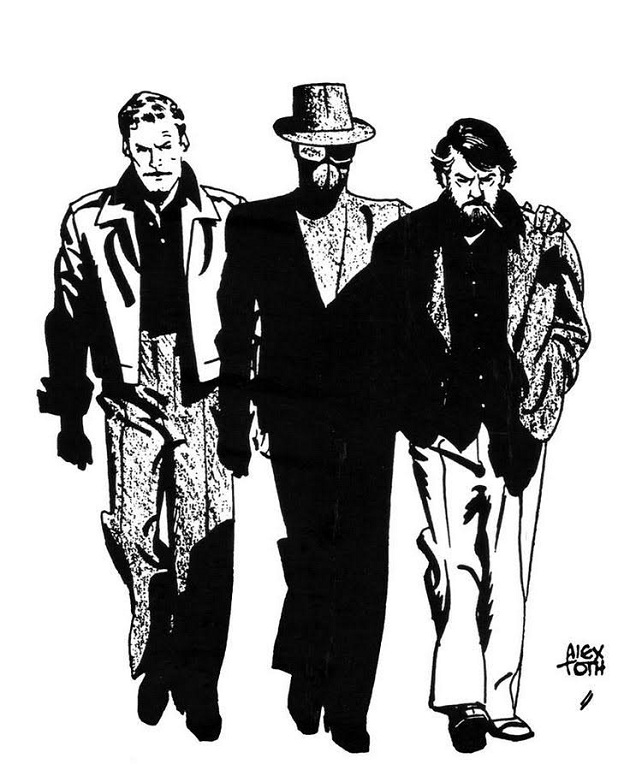 EARTH IS DYING! BUT YOU’VE WON A SPOT ON THE SPACE ARK LEAVING EARTH!
YOU’RE ONLY ALLOWED TO TAKE 5 COMICS. WHICH ONES DO YOU TAKE?
5?! Ridiculous! I’m going to assume this includes collected trades & graphic novels. 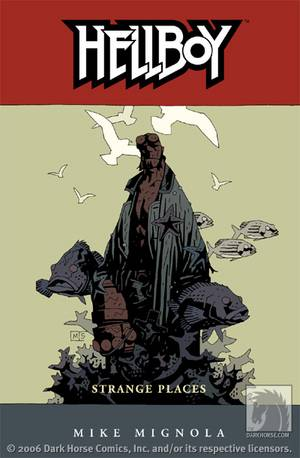 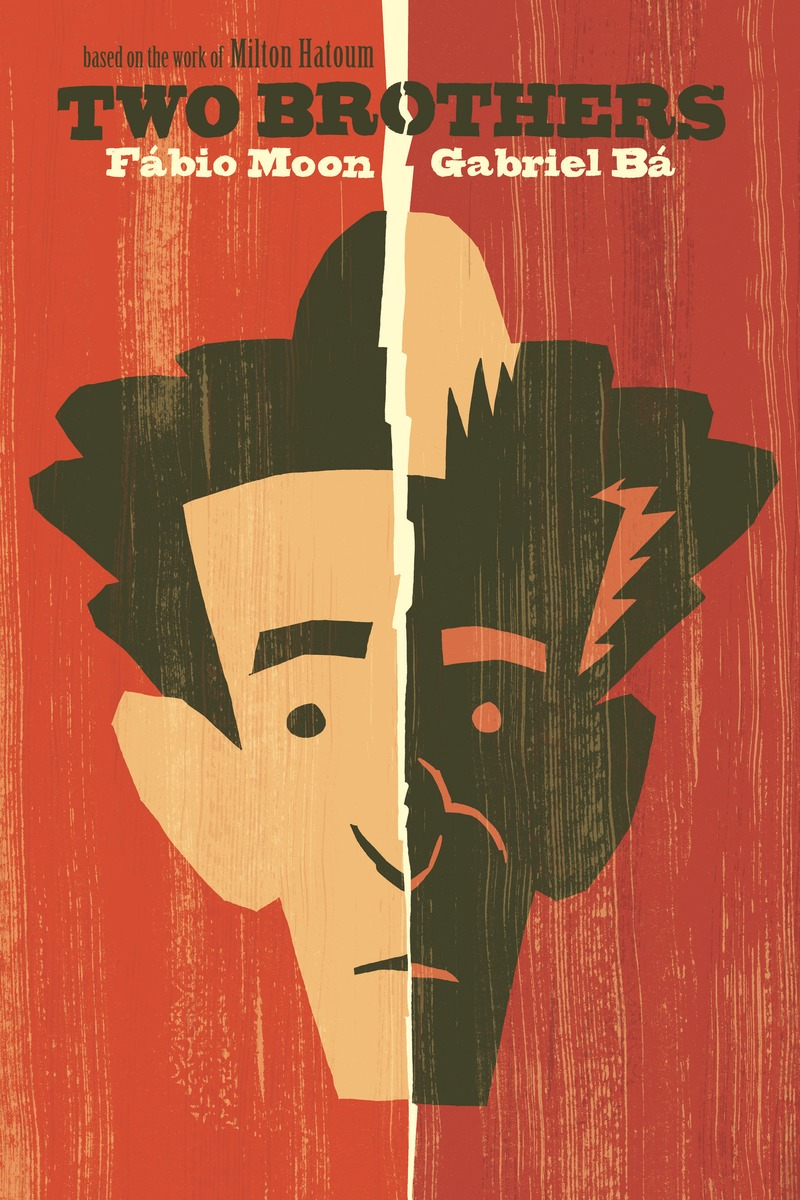 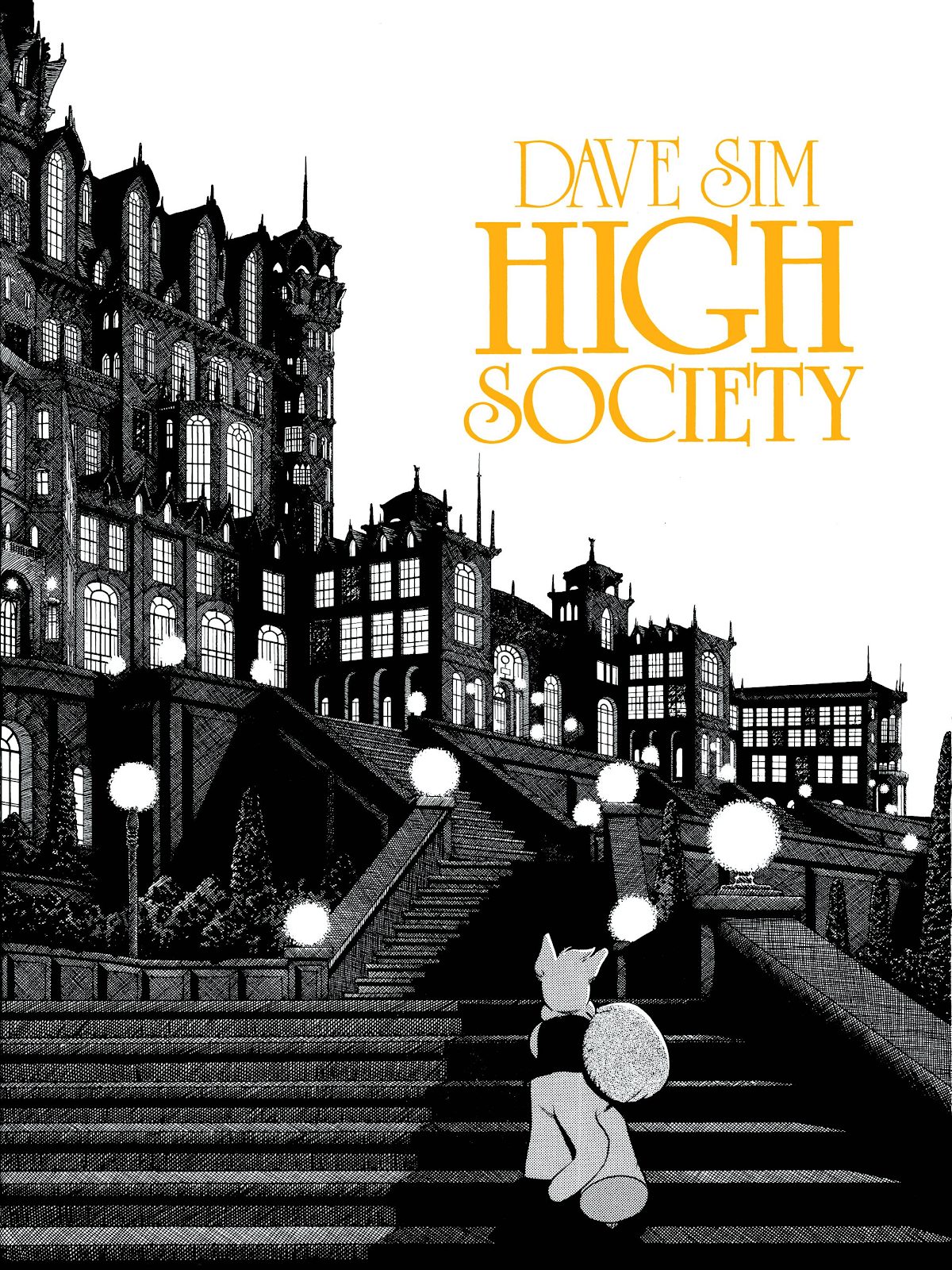 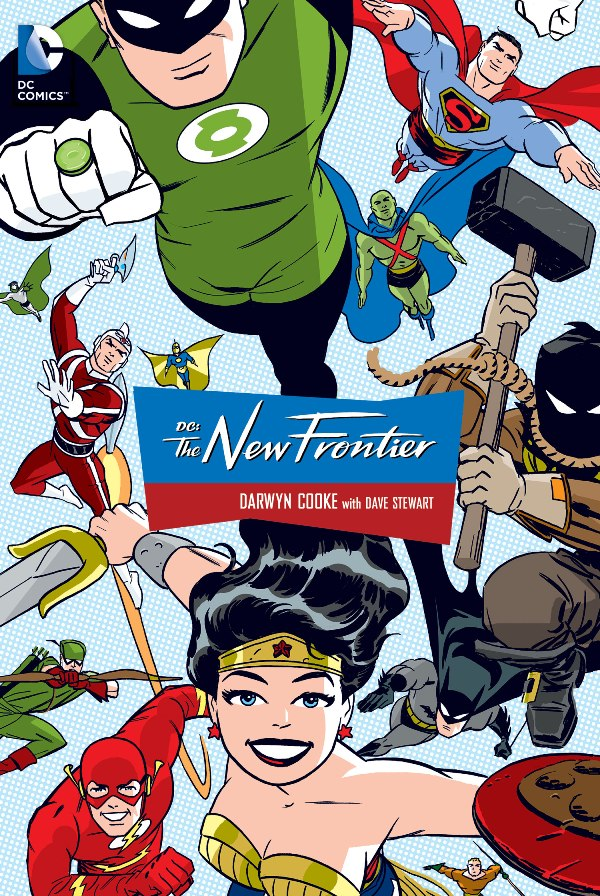 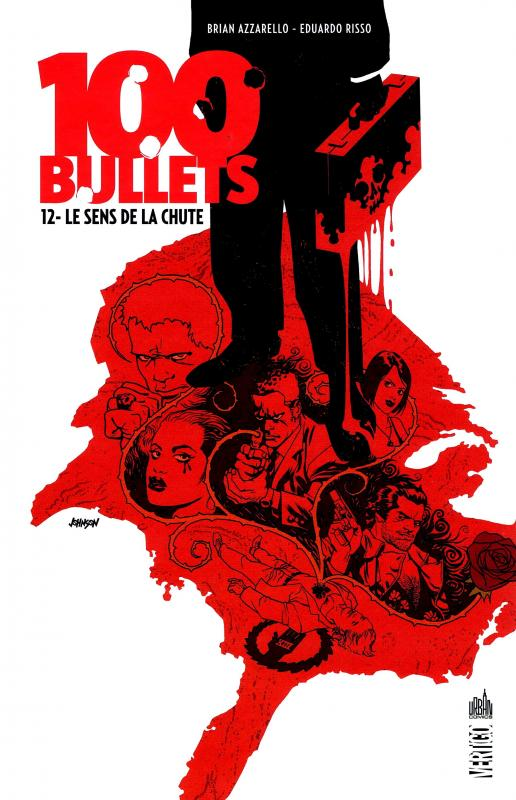 Any 100 Bullets by Azzarello & Risso


YOUR FAVOURITE OR MOST MEMORABLE COVER?
Apart from the aforementioned Captain America #222, Marvel Two-In-One #51 is a nostalgic old favourite. Rian Hughes’s logo and cover designs for DC’s Tangent books in the 90s really stood out on the shelves, love those. 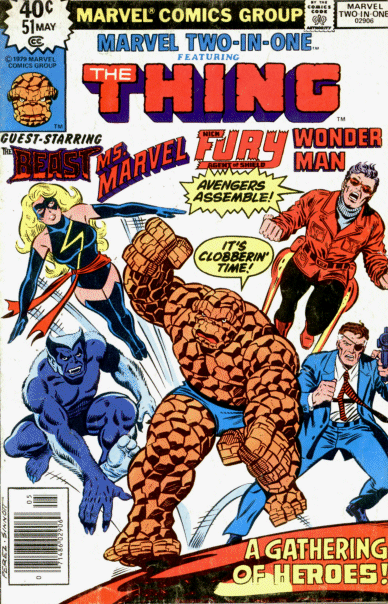 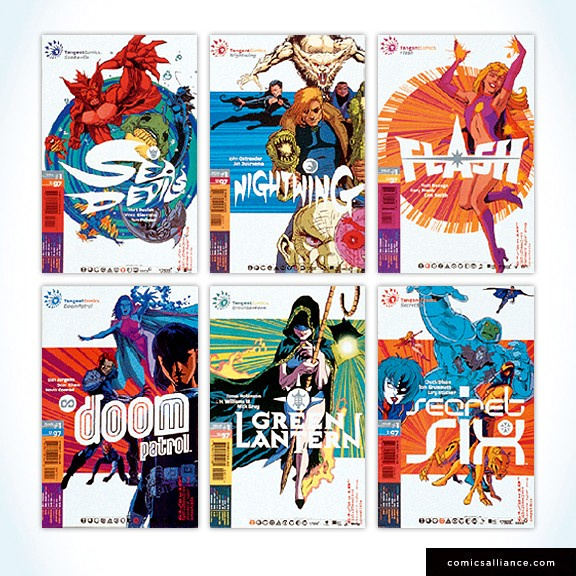 WHO’S YOUR FAVOURITE CHARACTER?
Back in the day, it would have been Ben Grimm, The Ever Lovin’ Blue-Eyed Thing! Now it would be one of my own characters, Monster Kids, Squid Eye Guy, Celia Phate, Silverbeard. I have a folder with over 200 sketch cards of my own heroes and villains that I want to see in my strips soon.

ARE YOU READING ANYTHING ELSE AT THE MOMENT?
LAPD ‘53 by James Ellroy and Murder is my Business by Brett Halliday. Got an awesome book on Maurice Nobel that I can’t wait to get to get into as well.

WHAT MAKES YOU WANT TO CREATE COMICS?
Putting a page together is a puzzle and a challenge and pushing yourself to do a better job than the last time is rewarding. And drawing stuff is fun.


DO YOU HAVE A CREATIVE PARTNERSHIP WORK? DO YOU DEVELOP STORIES WITH SOMEONE ELSE?
I’ve write for myself a lot, I’ve written stories for other artists and I work a lot with Ricky Webber and Adam Wilmot. I work up ideas with them and we go back and forth with scripts if it’s a shared idea. I also act more like an editor with them if it’s something they’re developing, I read the scripts and then give ‘em my twopenn'orth.


DO YOU WRITE A FULL SCRIPT? OR WORK FROM A PLOT?
If it’s one of my stories I tend to draw thumbnails alongside the plot, but I like to have a full script ready for the pencils stage so I can letter the strip before inking.


HOW IS YOUR ARTWORK PRODUCED? DO YOU USE TRADITIONAL TOOLS OR DIGITAL OR A MIX OF BOTH?
Bit of both, all my roughs and pencils are drawn on paper but I then scan everything in and work my pages up as Photoshop files, moving things around and editing before printing them back out as blueline (or more recently pink line) on Bristol and inking by hand.

WHAT ARE YOUR WORKING METHODS: DO YOU SET YOURSELF DEADLINES? OR DO YOU WORK WHEN THE MOOD TAKES YOU?
Different projects bring different deadlines, personal work is movable but if you’ve committed to a project involving other people you have to deliver when it was promised...


HOW DO YOU DIVIDE THE ADDITIONAL TASKS THAT INDEPENDENT  CREATORS HAVE?
I’m a bit of a control freak with my stuff so I’ll tend to do all the production work myself.


DO YOU GO TO CONVENTIONS? DO YOU ENJOY THEM? WHICH IS YOUR FAVOURITE?
Yeah, I enjoy ‘em when they’re busy and if I’m staying over and can go out drinking with the other creators. My favourite is The Lakes International Comic Art Festival in Kendal, I’ve made lots of friends through that con. It’s great fun, it takes over the town, everyone gets involved.


WHAT’S THE BIGGEST CHALLENGE TO INDEPENDENT CREATORS?
Geez, making money? Finding the time to do the work? Getting your work in front of the right audience? All of these but managing my social media properly is probably my biggest challenge...


WHO WOULD WIN IN A FIGHT BETWEEN IVOR THE ENGINE AND THOMAS THE TANK ENGINE?
Good grief! That’s an easy one! One punch in the shuntings from the stocky Welsh dynamo and it’s all over for Thomas.


WHAT ARE YOUR FUTURE PLANS AND AMBITIONS?
Produce more books with my characters in them.


TELL US ONE THING WE DON’T KNOW ABOUT YOU:
I’m very secretive...


WHICH COMIC CHARACTER DID YOU WANT TO BE WHEN YOU WERE YOUNGER?
Nick Fury. From the Steranko period. 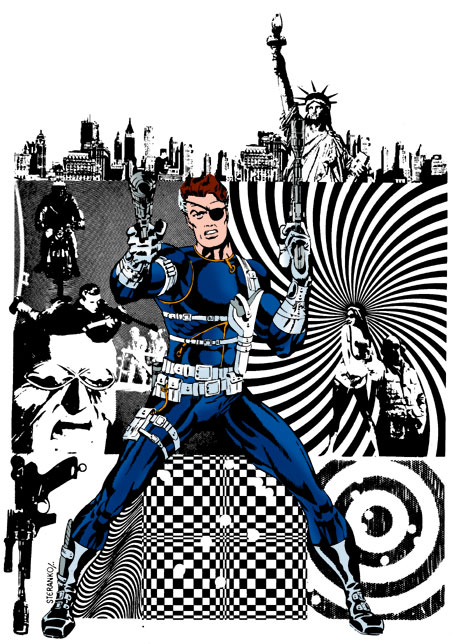 AND WHICH WOULD YOU LIKE TO BE NOW?
Fury still works for me. 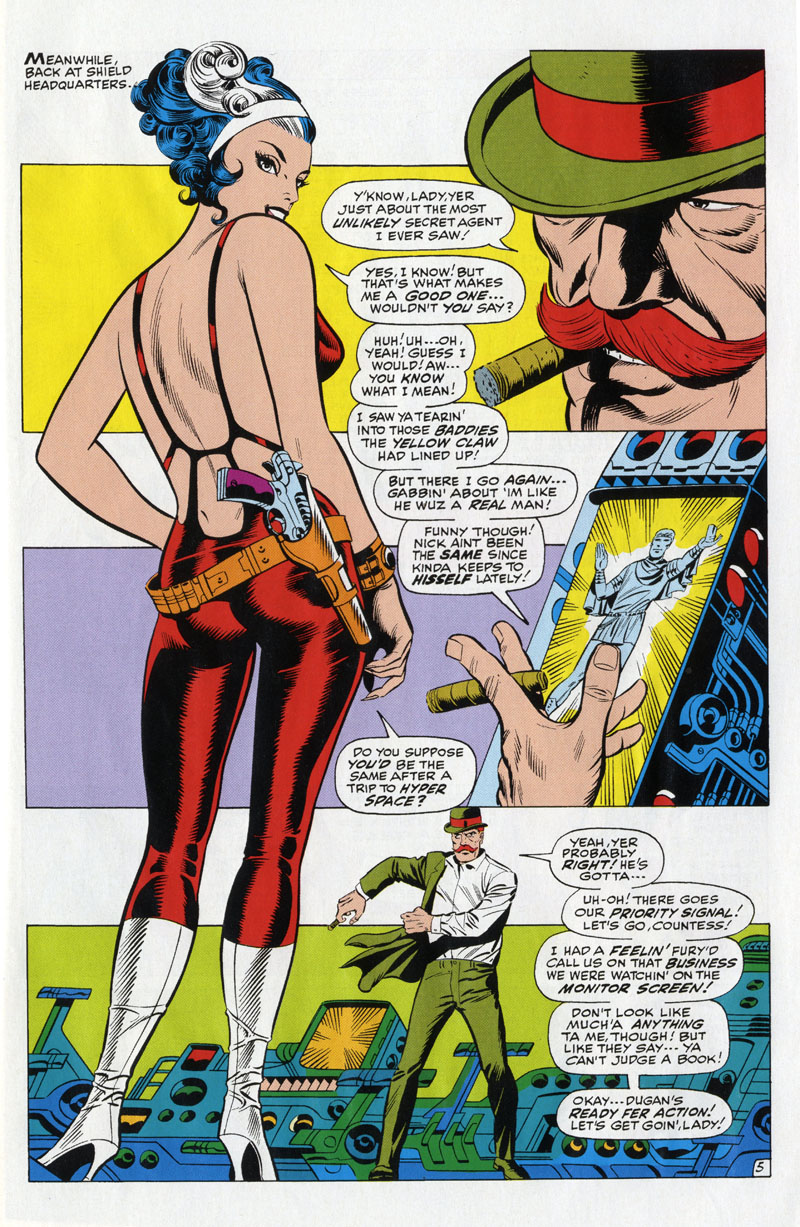 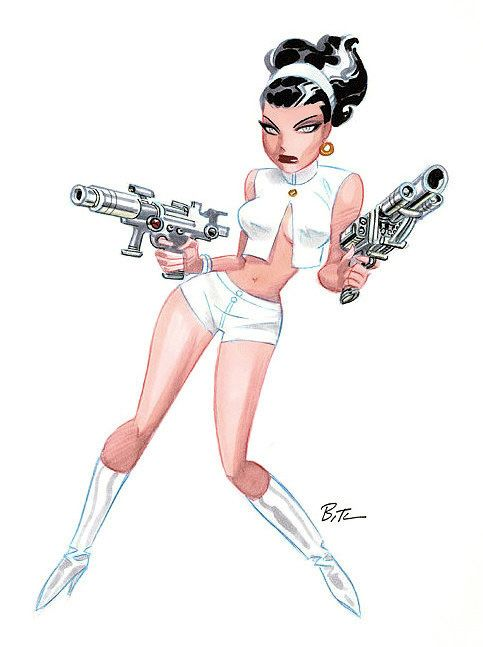