I’ve been meaning to write about this for a while but I misplaced my notes, and didn’t rush to find them. However, the launch of Pokemon Go and more specifically the server crash got me back in the mood for Pokemon and I decided to find my notes. Before I start here’s a bit of background, I’ve been a fan of Pokemon since it came out about twenty years ago, I was a little too old to actually show this in public as a year seven trying to fit in with the crowd. So I didn’t dare collect the cards no matter how much I wanted to, I would watch the cartoon before I left for school but didn’t talk about it, and I would play the games but had no one to trade with, I was living a secret Pokemon life (it’s also worth noting that I hid my love of comics at this time too). I carried on Playing the games despite always claiming that everyone I played was my last as they’re just glorified remakes after all, but I’d always give in and buy the next one just to see what the new Pokemon were like. I’ve never played competitively and have no idea about all the IV’s, EV’s, or items held for battle, I play because I enjoy playing through them and trying to complete the Pokedex so if you are looking for an in-depth analysis this probably isn’t for you. When I play a Pokemon game I tend to use Pokemon I like rather than what is the most powerful etc but they get me through the game all out attack with rarely a status move in sight. 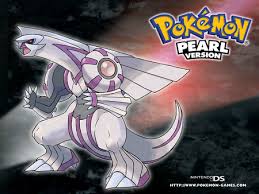 So a few months ago I was looking to play something and my nephew had found his long lost copy of Pokemon Pearl and suggested I play through that. I was a bit reluctant as it was probably my least favourite of all of the games and I wasn't really fond of the starters either, so I didn’t really see a reason to revisit it, until he set me a challenge. It was similar to a nuzlocke but modified his rules;

Just two simple rules and it was enough to pique my interest and i accepted the challenge and chose to take fighting type as my single Pokemon type. As you can’t start with a fighting type the rule we agreed upon was that i could use my starter until I caught a fighting type. So with this rule in mind I chose to start with a Chimchar, as I thought as long as I didn’t encounter a fighting type too early I’d be able to evolve it into a Monferno which gains fighting as a secondary type and would allow me to continue using it. I also decided to nickname my Pokemon which is something I don’t usually do but thought it might help me differentiate between the multiples easier and also not want them to faint. 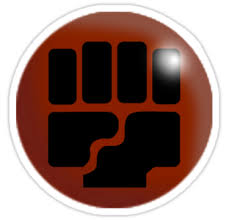 After the long and tedious introduction where rather than let you pick a Pokemon and get on your way like usual you have to do a load of story stuff to introduce you the Professor, Dawn, and your rival you finally get your Pokemon and head off. So off I went with a Chimchar named BA Baracus, and praying I wouldn’t find a fighting type too soon but not too late either because with only one Pokemon a faint would be a quick game over. I found it a bit weird not catching every new Pokemon I met like I’d usually do, but I did find that this helped in leveling up BA Baracus pretty quickly getting close to evolving before even getting to Jubilife City and the joys of the Trainers School, at least it gave a TM (Hidden Power) and XP from the two Abra trainers, I have to say I’m really finding the start a bit tedious but the challenge is keeping me playing as it is a totally different way to how I usually play having to spend money on potions and antidotes just in case as I can’t risk a faint at least until I have more than one Pokemon in my party.... 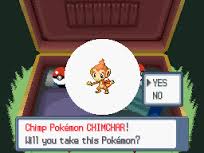 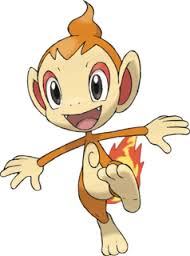 I am going try to post instalments on a weekly basis so make sure to come back and keep track of me as I try to make my way through the Sinnoh Region with my team of Fighting Type Pokemon. Also if anyone can think of a better name than Kieran’s Pokemon Challenge leave it in the comments below and I will pick the best suggestion.