Last month, as you know, we were at Swansea Comic and Gaming Convention's first gig, down in Volcano. The event itself was a brilliant success; raising well over £3000 for Maggie's Cancer Charity.

We were there, selling our comic and offering sketch cards and prints as usual. Also making its triumphant return: the legendary SCC wall comic. It was so popular this time around that we had not one, two or even three, but four comics on the go. Mostly because our participants couldn't decide on which way the story should go! This did, however, allow for some... interesting results.

We also, this time, allowed our participants to do sketches that were apart from the comics. Look out for these pieces, and the other three comics, in a later post. For now, here is the catchily titled 'Wall Comic #1': 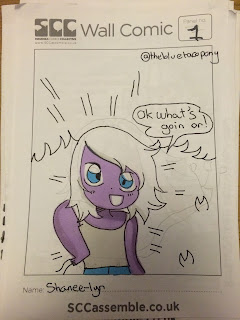 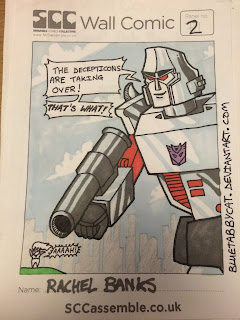 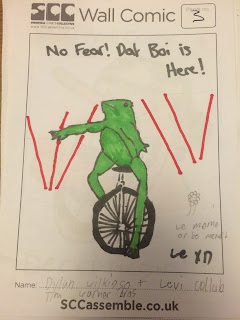 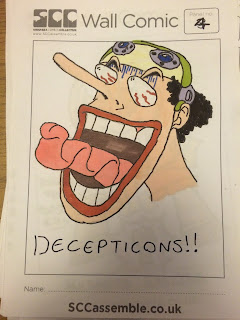 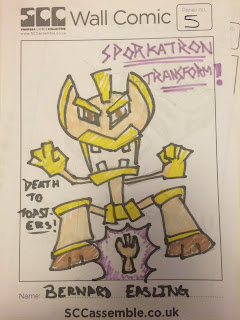 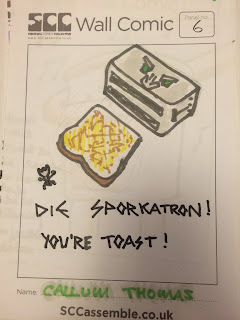 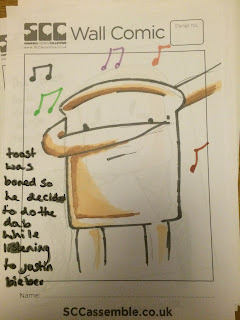 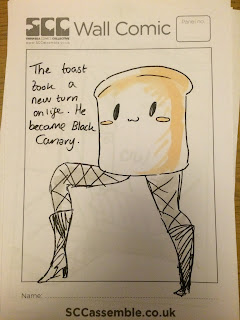 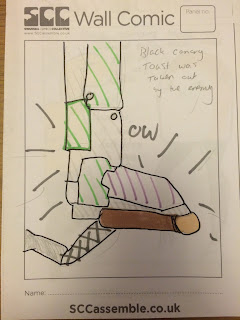 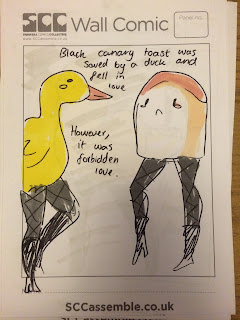 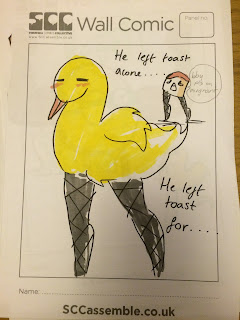 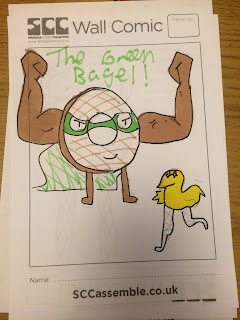 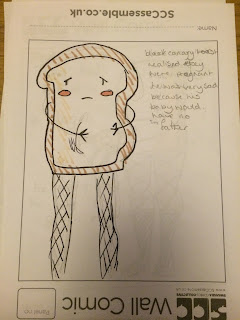 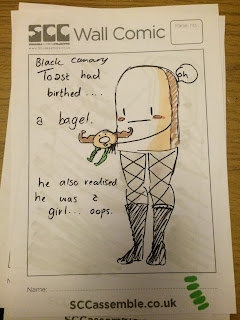 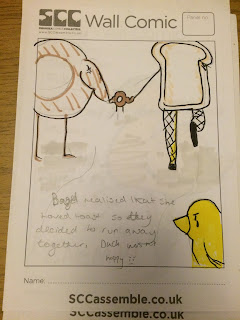 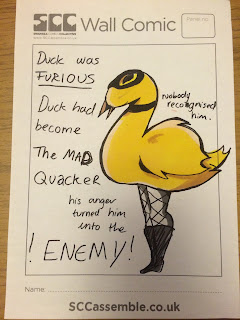