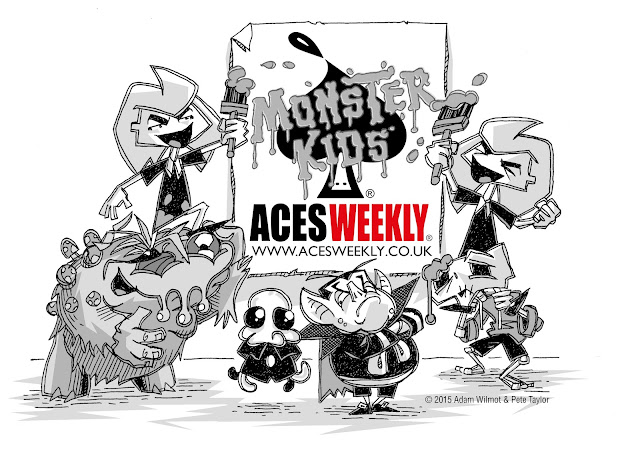 Monster Kids is a strip that Pete Taylor and Adam Wilmot have been working on since the SCC first started back in 2008. We've produced a dozen short strips but this week our first full-length Monster Kids tale begins in Volume 20 of Aces Weekly, the digital only, comic magazine published by the legendary David Lloyd, artist of V for Vendetta (and Night Raven) fame.

'Show N Yell' tells the story of the Monster Kids search for the perfect Show 'n' Tell items that will appear in 3 page episodes every week for the next 7 weeks!

You can access the strip by subscribing to Aces Weekly for just a £1 a week. The complete story will also be collected into a stand alone Volume 20 edition which can be purchased in a couple of months for £6.99.