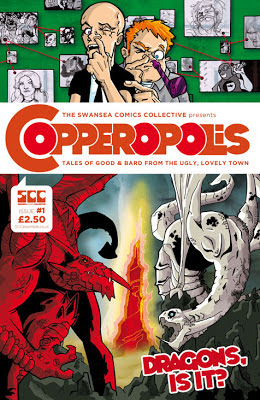 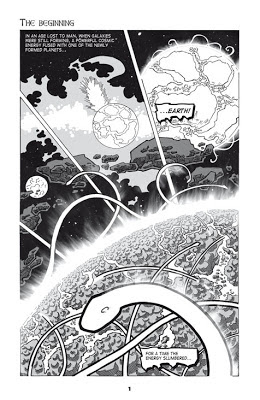 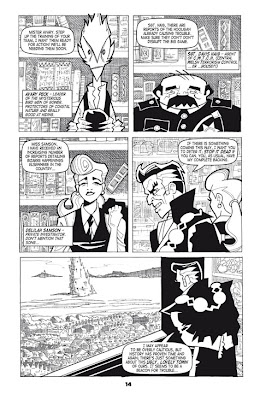 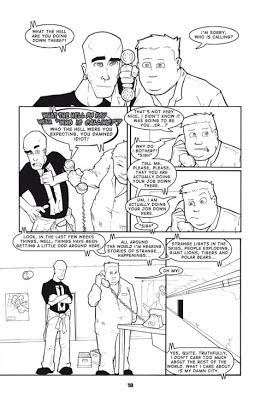 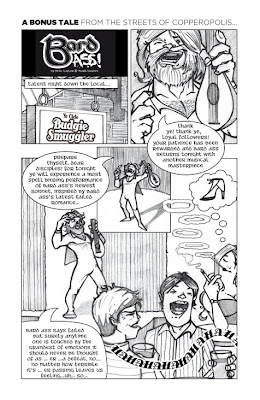 Thanks for your patience, True Believer! It's finally here, Copperopolis #1, from The Swansea Comics Collective. It's 28 pages of comic craziness for only £2.50! No ads, all story & art! Copperopolis is a universe in which the members of the Swansea Comics Collective could fuse characters, stories and ideas in one big melting pot. It’s a fictional version of Swansea where many of
the landmarks are recognisable but strange heroes, villains and monsters also stalk the streets. A place where we draw inspiration from our city’s past and from the rich and fantastic mythology of the Celts while throwing in our own unique, and sometimes bizarre, ideas!
You will discover the origin of Copperopolis, witness the clash between Merlyn and Vortigen, meet the Mayor as tackles the threats the modern city faces, wonder at the stupidity of the Button Men and the sheer awesomeness of Bard Ass! Oh yeah, it's got dragons in it too!
If you need another reason to put your hand in your comic please note we are a Not For Profit group. All of the money raised from the sale of the issue goes towards producing the next issue and funds our comic creating workshops for schools and our local community.

Copperopolis Number One is on sale now at The Comix Shoppe, Swansea, found opposite the Grand Theatre at 13 Shoppers Walk Arcade, 01792 642097.

If you're not from around these parts visit ORDER ONE HERE